With Legacy West almost done, Fehmi Karahan is ready for an even bigger deal in Frisco 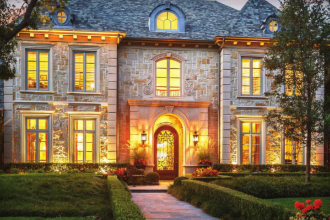 Fehmi Karahan is finishing work on the most successful real estate development in the history of North Texas.

His $3 billion Legacy West development in West Plano took off at warp speed in 2014 and never slowed down.

Back at the start of the project, Karahan said he thought the 250-acre Legacy West would take about 10 years to build. Four years later, it’s almost finished. Only a few small development sites remain in the mixed-use project at the southwest corner of the Dallas North Tollway and State Highway 121.

High-profile corporate offices for Toyota, FedEx Office, JPMorgan Chase, Liberty Mutual Insurance, Boeing and more gobbled up most of the land. The rest has been used for new apartments, shops, hotels and more.

When Legacy West held its grand opening last year, Karahan said he was going to take it easy for a while.

As if he’s ever done that in the almost two decades I’ve known him.

Last week, Karahan was handed the keys to an even bigger development than Legacy West — a 2,544-acre mixed-use project in Frisco that’s just getting underway.

The Fields family’s huge Headquarters Ranch stretches all the way from Preston Road to west of the Dallas North Tollway and north to U.S. Highway 380 on Frisco’s north side.

“When everyone was thinking I should be retiring, here I am committing myself in a long-term project,” Karahan said. “But it is an iconic piece of property with great potential.

“Because of the location of this property, its size and the families involved, I couldn’t say no,” he said.

Karahan is predicting that the Fields ranch development will take 10 to 15 years to build.

“But who knows how long it will really be,” he said.

If his success at Legacy West is any measure, Karahan is probably padding that estimate.

“I’m thrilled to work on this opportunity,” he said. “After 20 years of developing just in Plano, it’s a big deal for me to get involved in a project like this.”